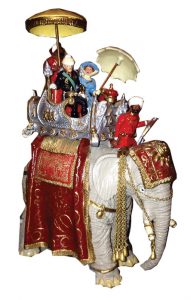 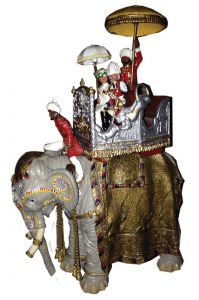 One of the most treasured parts of my collection is the miniature lead figures that were produced by a company called W. Britain.

What I have pictured here is the Delhi Durbar Set which depicts scenes from the coronation of King Edward VII and Queen Alexandra. This event took place over a two-week period in India in 1903. It was meant to have the Indian people celebrate the event in complete pampered ceremony. A vast empty plain was converted into a tent city and a rail line was built to transport the 1000s of people that attended. All of Britain’s military might, in all its glory, was paraded in front of the attendees and one of the biggest parties in Indian history unfolded.

The spectacle was immortalized in Mortimer Menpes’ book, Durbar with accompanying photos by Gertrude Bell. The W. Britain company based the Durbar series on this book.
The history of W. Britain is quite fascinating; this company was founded in 1893 by William Britain out of England and is credited with inventing the process of hollow casting lead figures which revolutionized the production of toy soldiers.

The company capitalized on the military history of the past, and present-day regiments. Although I never really got into collecting lead soldiers, I always had a fascination with India and palm trees. I found the beginning of this set under a table at a toy show and the seller threw it in to sweeten a deal on some tin toys.

Now, of course, I am hooked and I am always on the lookout for any things from the Dubar series. 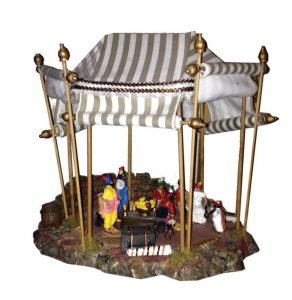 Regarding the hobby of collecting lead soldiers, the condition is imperative and most collectors look for mint boxed sets and of course, older sets can command a huge price.

For me, however, finding these remarkable pieces is more about the allure and magic of the Delhi Dubar since this set transforms me back to a fascinating time and place in world history.